For the first time the song “Bayatylar” (“Bayaty”) of Azerbaijani composer Eldar Mansurov was performed by Brilliant Dadasheva, then rising star of Azerbaijan, now one of the top singers. Right away from that time the song became very popular across the country and a year later i.e. in 1990 the USSR recording firm “Melodiya”, produced the large edition of gramophone records of this song. So far “Bayatylar” composed on lyrics of poet Vahid Aziz turned to be very popular in Azerbaijan and is now ranking among the favorite songs abroad as well.

Since the first day the song went to the air a triumphal procession of the long living song started along the planet. “Bayaty” has been performed by many singers in Turkey, Turkmenistan, Russia, Greece, Iran, Germany, Italy, Spain, France, Rumania, Bosnia and Herzegovina, Croatia, USA, England, Sweden, Canada, Arabian countries even in far remote Brazil.After Brilliant Dadasheva the same year the song was performed by another top singer Ilgahr Mouradov and Natig Nouriyev, violinist.

In 1990 “Ashkhabad” instrumental group from Turkmenistan performed “Bayaty” and issued a CD (publisher WOMAD Music), which increased the popularity of the song all over the world. Again in 1990, the song in verses of Nikolai Denisov under the name “Zdravstvuy” was performed by Reno (Russia). In 1998, “Bayatylar” was vocalized in Brazil by Monica Salmaso, famous jazz singer. The other version of “Bayatylar” slightly reminding a march was performed in Germany by brass band “Grinsteins Mischpoche”.

Sezen Aksu, the “Queen” of Turkish pop-music attached a peculiar charm and freshness to “Bayaty”. The song became popular in Turkey under the name of “Zalim” by lyrics of Sezen Aksu. In her performance the song has been deeply imbued with lyricism, acquired unique and marvelous charm. Yet a new version of “Bayaty” under the name of “Zalim” performed by Levent Yuksel and filmed in a clip, has for many years been among the favorite songs in Turkey.In 1995, Petros Durdubakis, Greek singer performed “Bayaty” was by his own lyrics under the name of “Taxidiariko bird”. Some years later the same version was performed by Vasilis Lekkas, another Greek singer. In 1997 Dimitra Galani, another Greek singer performed “Bayaty” with lyrics of Nikos Maraitis named as “The Sufferings”.

It should be pointed out that in many countries of the world “Bayatylar” was used as a soundtrack in some films. “Promises” (Israel) and “Ginger and Cinnamon” (Italy) is a good proof to it. It has already been for more than 25 years that “Bayatylar” is performed and recorded in various interpretations by world famous singers and enjoyed all over the world. It is safe to say that within the last 10 years, “Bayaty” is heard in many European countries in various languages with new tinges and nuances in remix style and “hip-hop” rhythm. A good proof to this is performance of “Bayaty” by Keti Garbi in Greece (“Esena mono”), Seray Severin (“Ichim yanior”) and Dilek Boudak as “Adını yuldızlara” in Turkey, and many others. The “Chalarsaat” group of Turkey performed “Bayaty” as “Zalim” in rock style.

The same year, the Romanian musician Edward Maya used “Bayaty” in his new track “Stereo love”. His performance of “Bayaty” together with Vika Jiqulina popularized the song and was top ranking one in many radio charts. The same year another performance of “Stereo Love” was introduced by PJ Feat Velvet from Sweden and Mia Martinam from Canada, turned to be popular all over the world.

In 2006, the “0 km” group of Levent Yuksel from Turkey performed “Bayaty” in rock style with a new arrangement attaching new spirit to the song. In 2004 Bosnian Dino Merlin performed “Bayatylar” as “Subota”. In 2006, “Bayatylar” was performed by trio “The Guzek Trio” from Bristol, England. The same year DJ Brizi and Eusebio Belli from Spain included “Bayaty” into “Moliendo Café” composition.In 2005 “Brazilian Girls” group of New York used “Bayaty” in “Don’t Stop” composition. In 2010 yet another hip-hop, rap and R&B version of the song was introduced by “N Dubz” group from England. They included “Bayaty” into the “Scream My Name” composition and performed it. Early in 2012 young singers of Turkey Aydan Kaya, Haktan, Mustafa Eren, “Saltanath” rock group; in 2013-2014 Selin Atash, Bahtiyar Özdemir, Ayshe Inak Ekiz and Mustafa Demiroglu, Ferhat Gocher, Koray Chapanoglu, Hediye Güven Sevchan Orhan, Tugba Uzun&Melis, Aktash, Mine Gechili, “Fondip “ group from Turkey performed the “Zalim” version of “Bayaty” with their own peculiar distinction.

Eldar Mansurov has signed a publishing...
May 8, 2012
No Response 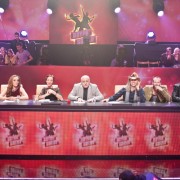 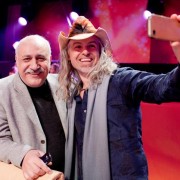 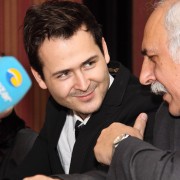